One of the leading independent letting agents in South Warwickshire has recorded record results and is predicting a further rise in rentals over the next 12 months.

ehB Residential, which has offices in Leamington and Warwick, has recorded a 15 per cent rise in business over the last year as the economy has improved and demand for South Warwickshire has grown as a result.

The firm has just completed a major redevelopment and refurbishment of its Leamington Lettings Centre and director Edward Bromwich, believes the rental market will continue to grow at the same levels for at least the next 18 months. 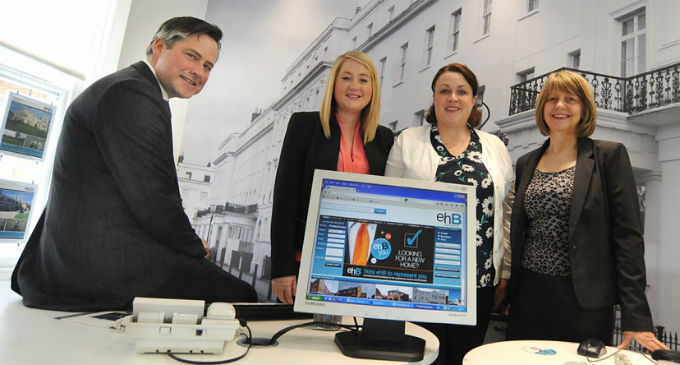 He said: “There have been several factors which have helped us to achieve our new results. We strengthened our lettings team at just the right time and have been very active in the market both in terms of attracting landlords but also in improving service levels.

“Lettings is a very fast-moving sector as pressure on supply increases and that has meant constantly ensuring we offer the best service levels.

“The improvement in the economy and company expansions in the area have increased demand so we are constantly looking to work with new landlords as stock moves extremely quickly.

“March to September is traditionally the busiest time in the market and we have noticed another step up this spring. We are constantly being approached by relocation agents, which is always an indication of an upward trend.

“Jaguar Land Rover’s expansion has certainly made an impact and with companies like TATA Technology moving its UK operation to Warwick, demand will continue to grow.

“There is certainly a trend of people moving to the area and testing the market before buying, while we also deal with people of shorter term contracts or consulting and they obviously choose to rent.”

Properties let by ehB Residential in the last 12 months have ranged from a one bedroom studio in Leamington Spa at £450 per month to a five bed detached at £2,500 per month, and average rental achieved is £1000 per month

“Our team, headed up by Gayl Tallis and Rachel Cooper, assisted by Julia Rodgers, has built up a very impressive network of landlords and we get very high levels of repeat business but there is undoubtedly a shortage of good quality stock.

“We have totally remodelled the Lettings Centre, and have invested a five figure sum to improve not only the customer environment, but also our efficiencies.”

"EHB has been excellent in helping us move and. settle in Leamington Spa. In particular, Rachel has been fantastic in responding to any questions and helping us out with all aspects of renting our flat. We both feel that we have been well taken care of by the rentals team over the past 2 years, and would happily recommend EHB to anyone moving to the area"
Mr Curren