A Warwickshire residential property firm is riding high after sponsoring a young eventing star on his way to the top.

Alex Haynes, who lives in Claverdon, Warwickshire, has won the BE90 title at the Shelford Manor Horse Trials in Nottinghamshire – bringing him one step closer to competing at Badminton Horse Trials. 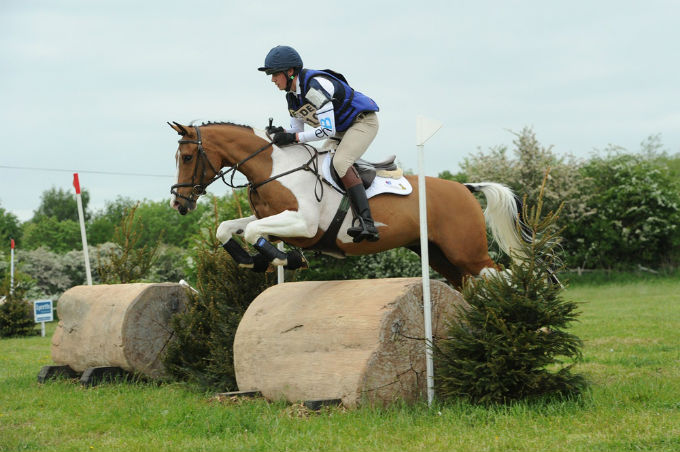 It is the first time the youngster has won a British Eventing Equestrian event and means he will now compete in the regional finals this summer where he hopes to finish in the top 25 per cent and qualify for the Badminton Horse Trials Grassroots Championships.

The 18-year-old received a ‘leg up’ last year after securing sponsorship from ehB Residential, which has offices in Warwick and Leamington. He has since focused on rising through the ranks by gaining more experience competing with his horse Overley Moonraker.

Alex said: “I started riding when I was eight-years-old and got into eventing when I was 13. I also joined Pony Club and watched eventing competitions on TV, but I really started to get into it when I got my own horse.

“I started competing when I was 11 and did a couple of local shows. I have since had a couple of wins that were unaffiliated but this is my first win under British Eventing so it was quite a big competition for me.

“I always go out with the aim to win but in this case I was also going out to give Overley Moonraker more experience. I then realised I had an ok dressage score as I was in fourth which is about right for overall competition placing.

“I bought Overley Moonraker when he was three-years-old and broke him in at four with the help of my trainer Colina Pickles. It is a great achievement to win at Shelford and it is very rewarding to see all my hard work paying off.

“As a young rider it is great to have the support of ehB Residential. It’s really nice to know I have the backing of Edward and the rest of the ehB team as I try to get my name out there.

“It has always been a dream of mine to compete at Badminton and if I come in the top 25 per cent at the regional finals I will qualify for the grassroots category next year.

“I do a lot of flat work to prepare for competitions as well as jumping once a week and then galloping to keep the horse’s fitness up. I enjoy all of the events but my favourite is probably cross country as I like the adrenaline as you come out of the box.”

Edward Bromwich, managing director at ehB Residential, said it has been great to see Alex progress on the eventing circuit.

“We are very happy to be sponsoring Alex as he develops into a fantastic young eventing rider,” he said.

“We couldn’t be more pleased to see him win his first affiliated event which has opened the doors for him to compete at the regional finals in the summer and hopefully progress to Badminton.

“It is great exposure for the firm as Alex regularly competes in shows locally and we are always happy to support young talent.”

"After viewing our perfect house with ehB we put our house on the market with them and it was sold within 24 hours and they helped us secure our lovely new home.Â ehB were competitive with their quote for selling our property and they ensured a seamless transaction enabling the chain to complete in less than 8 weeks - far quicker than we ever imagined.Â We would like to thank the fantastic team at ehB for all that they did to help us."
David