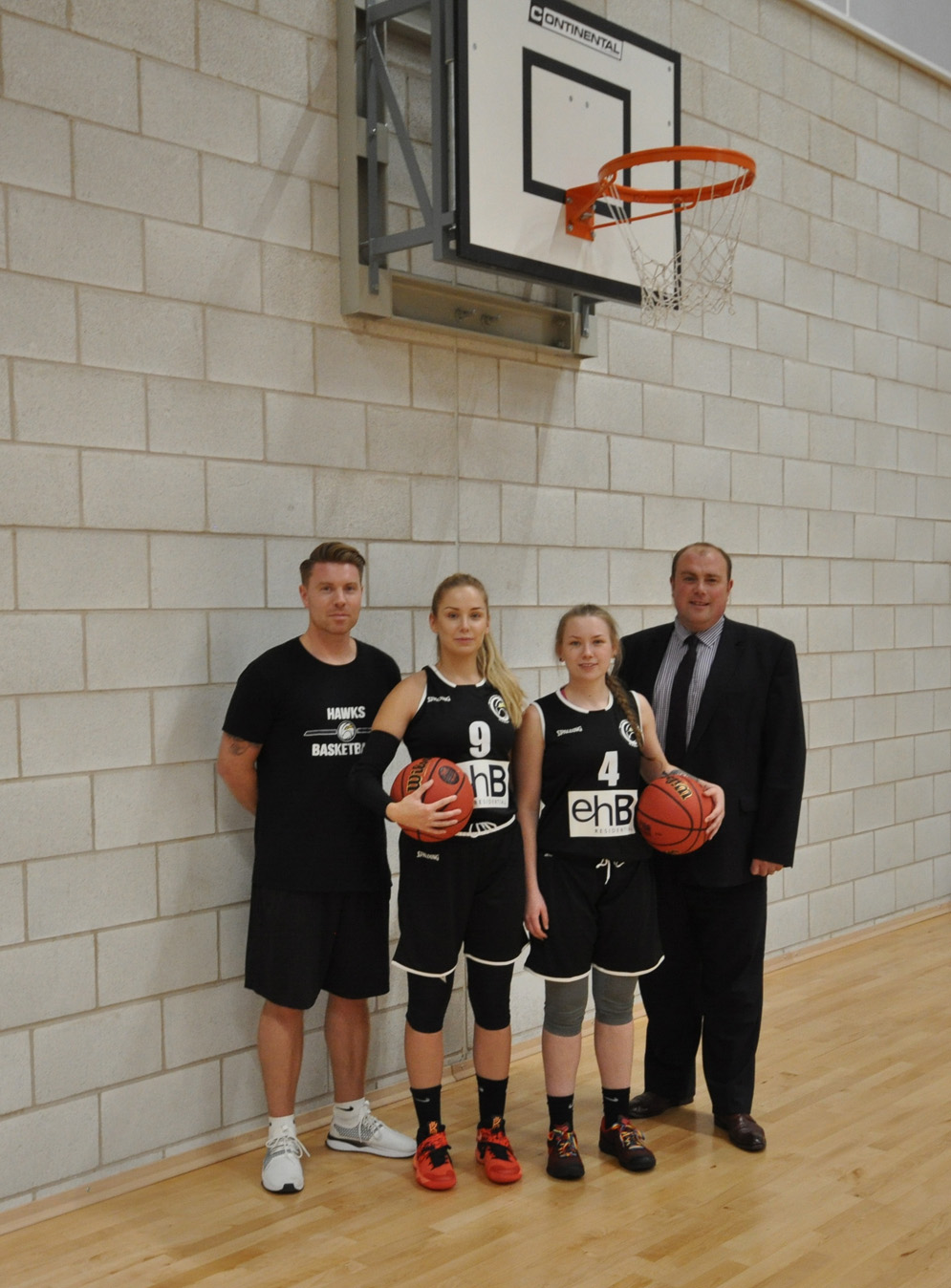 A Warwickshire basketball team is sporting a shiny new kit – thanks to sponsorship from ehB Residential.

The Warwickshire Hawks Women’s National League team, which is based in Moreton Morrell, will be competing in the Division 2 North League this season.

ehB Residential MD Edward Bromwich explained: “We are keen to support local community activities – and the Warwickshire Hawks offer great sporting opportunities for people of all ages. Taking part in team sports is good for mental and emotional wellbeing as well as for keeping fit and we’re very happy to add our support to their enterprises.”

Edward’s twin brother Tom, from Bromwich Hardy, is sponsoring the under 15s team.

Alex Birch, who runs the club, explained: “When we started we had only five players for the under 13s and by the end of the season there were about 12 to 14 registered players. The lads started the season slowly but ended up getting to the final of the youth basketball league in which they lost to a very strong city of Birmingham side. We never thought of getting to a final in our very first year.”

"To Chris, Scott and everybody at ehB. Thank you for all your help in the sale and purchase of our houses(s) Your efficiency and helpfulness were much appreciated, and made the difference to our experience. We are now very happily settling in to our new home."
Alysc & Rich