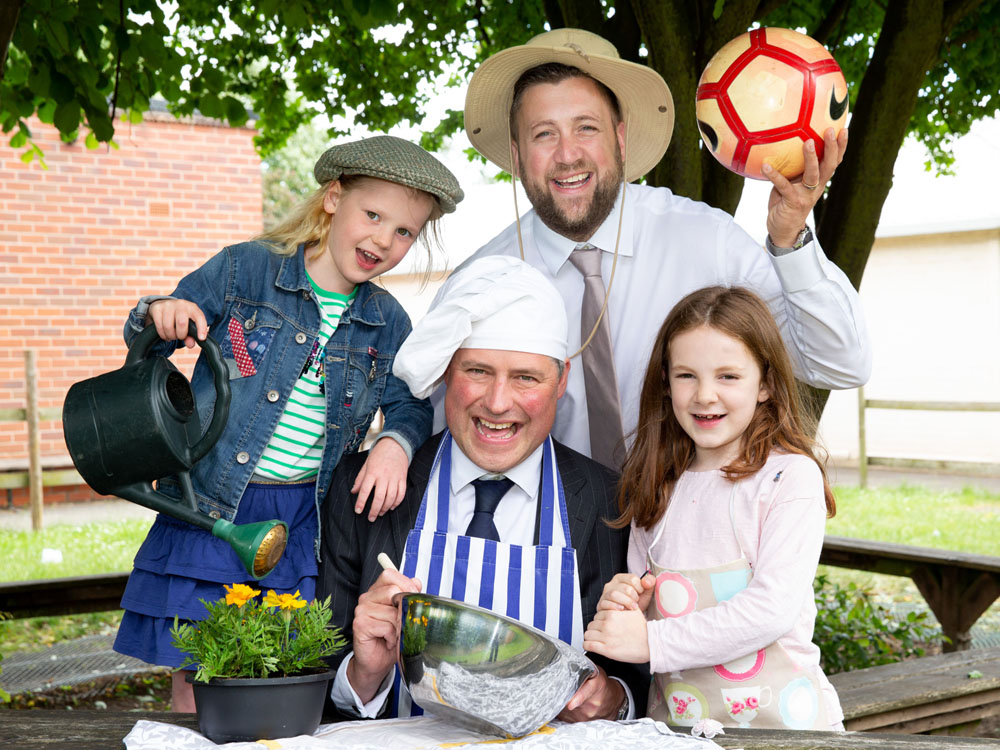 Youngsters at Leamington’s Milverton Primary School are aiming to buy thousands of pounds worth of playground equipment by setting up their own micro-businesses and earning as much as they can in a month.

All 318 children have been given a pound each by estate agent ehB Residential, which they are investing in entrepreneurial activities such as cake baking, gardening and car washing.

This is the second year the school has run its Grow a Pound scheme, with the support of ehB, which last year saw children raise a staggering £3,400 for iPads for the classroom.

This year they will spend their profits on a climbing frame costing £2,500.

The scheme was launched this week, with children encouraged to come up with novel ways of growing their pound.

Previous activities have included buying gardening gloves and charging for weeding services and investing in nail polish to sell manicures. In each case initial profits were reinvested to buy more equipment, enabling them to expand their offerings – and their takings.

While some children chose to invest individually, others clubbed together with their pounds to buy more expensive capital equipment – such as a mop and bucket enabling them to charge for cleaning people’s doorsteps, or art equipment with which to make greetings cards.

ehB MD Edward Bromwich popped in to offer the children some business advice and, as an enthusiastic cook at home, joined in with their cake baking efforts.

He explained: “We’re very much part of the wider community and have supported the school for a number of years with various initiatives. We love the idea of the children thinking of inventive ways of investing a tiny amount of money to generate more for the benefit of the whole school. As well as coming up with enterprising and creative ideas it also encourages collaborative working which is an excellent introduction to the world beyond the playground.”

Milverton Primary School head Matt Fisher added: “The children are thoroughly enjoying this year’s event. As well as helping them to be creative, it also introduces them to budgeting. They have to record their profits and explain their spending. Last year we saw them grow in confidence through their experiences and this time will be no different.”

The ehB donation was boosted by a further £250 through estate agency charity Agents Giving which supports local fundraising activities.

*  ehB Residential MD Edward Bromwich and Milverton Primary School head Matt Fisher join some of the enterprising pupils to see how they are getting on during the Grow a Pound campaign.

"We have been delighted with the excellent letting service that Rachel and the ehB team have provided to us."
Alastair