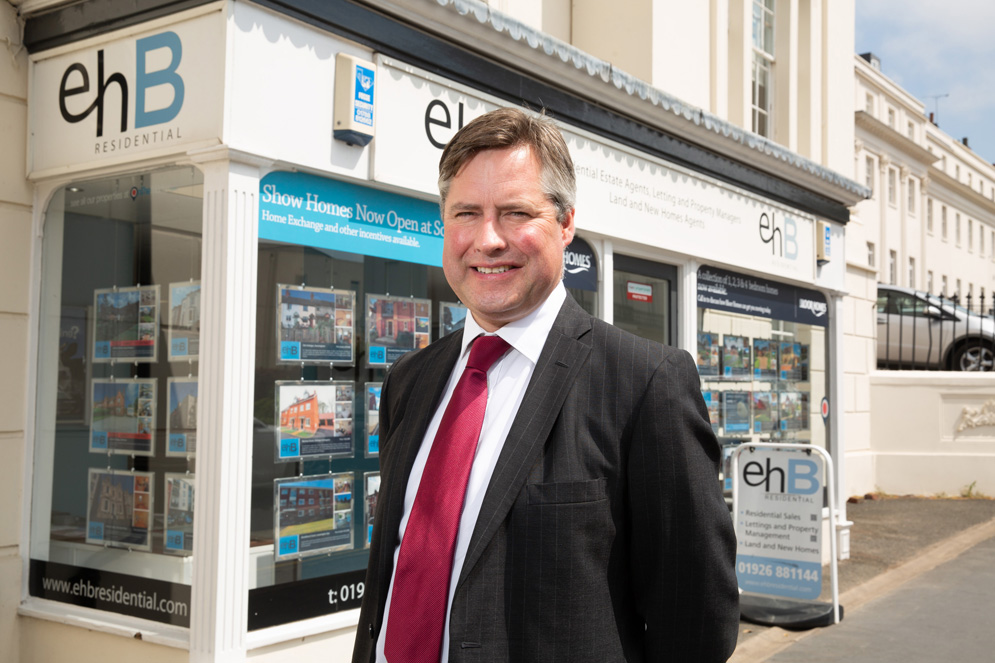 Leamington is yet again being named as pretty much the coolest (and hottest) place to live – with the latest plaudits coming courtesy of the Sunday Times.

And the praise has, unsurprisingly, been lapped up by one of the town’s most prolific estate agents – ehB Residential.

A full page article in this weekend’s Sunday Times, describing the town as ‘happy, historic and full of beans’, cites the number and calibre of independent coffee shops, the quality of the schools and the allure of the architecture as some of the reasons that those not already living in the royal spa town should consider relocating!

The journalist describes the ‘grand boulevards and whitewashed Regency elegance’ in a town which has more cafes per capita than anywhere he has ever experienced.

He says the 1,500 creative businesses to which Leamington is home is partly behind its hipster feel and burgeoning bistro scene. And on a practical level its proximity to London, Oxford and Birmingham by train and the M40 makes it an ideal commuter hub.

The piece follows TV adulation of Leamington in the summer by everyone’s favourite property pundits Phil Spencer and Kirstie Allsopp. The pair explained that Leamington’s popularity had sparked a 9.5% house price increase over the preceding year – with average prices £94,000 above the national average. In that edition of Location, Location, Location a 1930s house on sale through ehB Residential won the hearts of the featured home hunters.

ehB Residential, which, alongside one other company, sold more properties, according to Rightmove than any other agency in Leamington postcodes CV31 and CV32 in 2018, is delighted, but not surprised – that the Sunday Times has waxed lyrical about the town.

MD Edward Bromwich, whose firm is housed in one of the town’s fine Regency edifices, explained: “Of course, we’ve loved Leamington for many, many years – but it’s great that the Sunday Times has recognised its charms.

“After one of our houses was featured in Location, Location, Location we saw a rise in interest in properties in the town – and doubtless the same will happen now. There’s nothing like a bit of national recognition to either encourage people to move within the town they love or attract new people – hipsters or not.”

Over the years ehB Residential has sold numerous Regency houses and apartments, as well as properties from other eras and some unusual new builds.

Current homes which could whet the appetites of those who fancy some of the hipster style action described in the Sunday Times include an Arts and Crafts inspired detached house in treelined Cloister Crofts with a £1.1 million price tag, a large 1970s detached in what agents would describe as an ‘established’ residential area for £685,000 or a modern Regency style four bedroom terrace in Chapel Street in the heart of town for £425,000.

"It has truly been a pleasure dealing with your colleagues who assisted in our purchase of 23 Beverley Road and the sale of 39 Brookhurst Road. This customer experience (including when we purchased 39 Brookhurst Court last year) has undoubtedly given us the confidence to approach eHB for our future real estate needs. We would like to express our sincere gratitude to Clive, Juliana, Chris and Louise. They were polite and courteous and we were very pleased with the level of professionalism and strong work ethic that they demonstrated at all times. In our experience, we found eHB working to a very high standard of customer care and this, we believe, is the key differentiator that must be maintained by successful companies in a competitive market. Clive, Juliana and Chris invested time in learning about our particular needs and they impressed us with their strong dedication to customer service. Their relaxed and informative style gave us the confidence that our sale and purchases were in safe hands from the outset and, of course, we are totally happy with the outcomes. In particular, they were diligent and meticulous in their approach and we found this to be very reassuring indeed. Your colleagues did an excellent job. We would be grateful if you could convey our heartfelt thanks and appreciation to Clive, Juliana, Chris and Louise. Well done! Kind regards Mushy & Laraine "
Mushy & Laraine