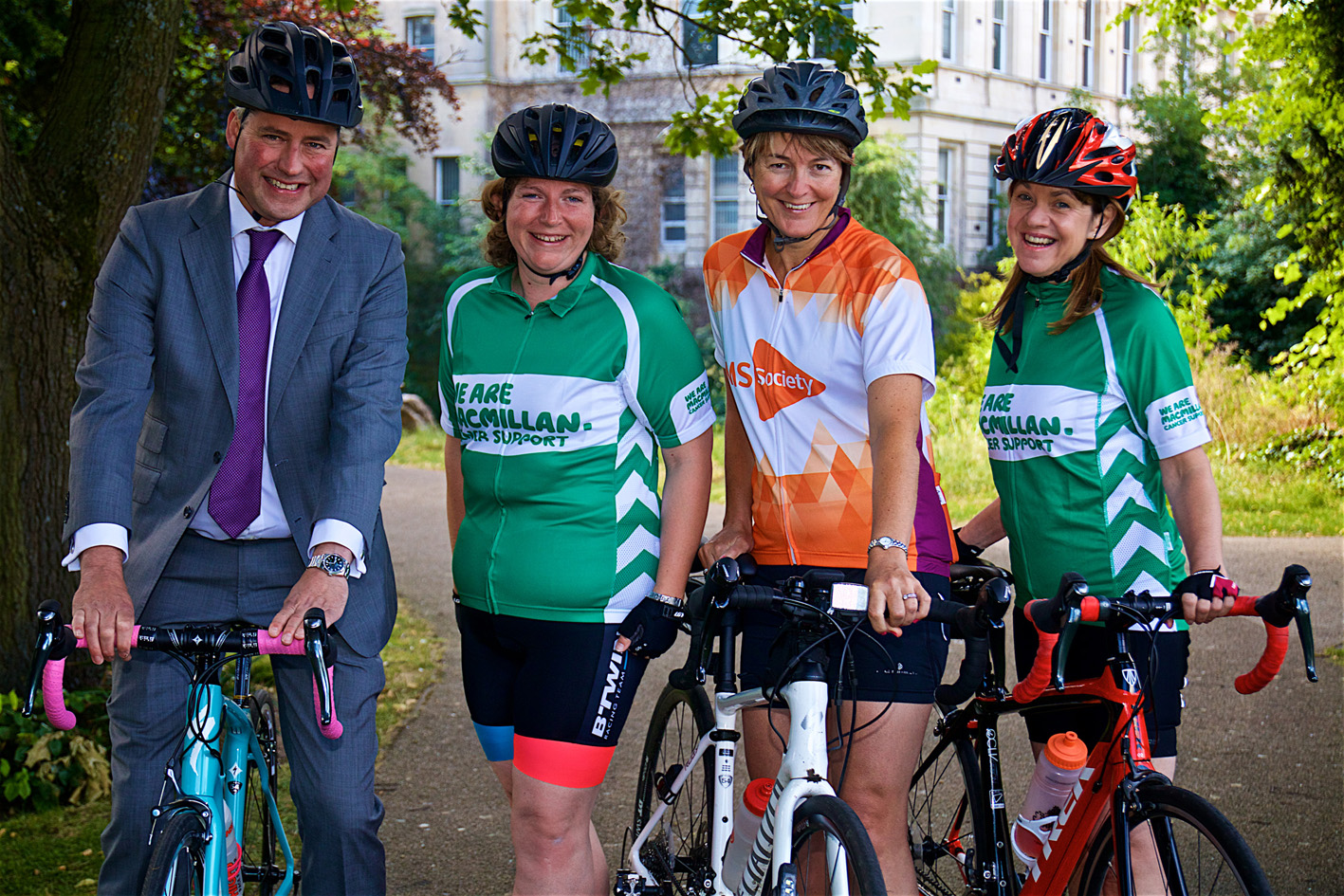 Three Leamington mums who have lost friends and family to cancer and MS will be cycling nearly a thousand miles from Land’s End to John O’Groats to raise more than £6,000 to help others affected by the diseases.

Sarah Simon, Tina Strath and Pip Spark will be joining 700 other cyclists for the nine day 969 mile Deloitte Ride Across Britain challenge in September.

The three cycling musketeers have already raised just over half their £6,600 target, thanks to a black tie ball at Leamington Real Tennis Club, a charity curry and quiz night and donations.

The latest financial boost is a contribution form Leamington estate agency ehB Residential, whose MD Edward Bromwich has himself been affected by cancer.

“I have had first-hand experience of cancer, and while not directly with the fantastic Macmillan teams, I know they can make a frightening journey less scary and provide support at a vulnerable time. So I applaud the efforts of Pip, Sarah and Tina in undertaking this momentous journey to help cancer and MS sufferers and their friends and families,” said Edward.

This is Sarah’s second major fundraising activity for Macmillan. She had her head shaved two years ago to raise £3,500 for the charity after her mum was diagnosed with terminal cancer.

Pip lost her best friend and a niece, both of whom had young children, to cancer and Tina’s father died from MS and never knew his granddaughter.

Sarah explained: “You never know when you may need Macmillan. It could be accessing information on how to tell your child that a loved one has cancer or having them sit with your loved one until the end. Macmillan are supporting families at my son’s school. We all know someone affected by cancer in some way and Macmillan are there to help. The work they do makes a massive difference to people’s lives. And £1000 pays for a nurse for a week.”

Pip added: “I've lost too many friends and family members to cancer and I've seen first-hand how Macmillan provide pivotal care and support during the worst of times. After losing my dearest friend six years after our first children were born I was determined at some point in my life to do 'something'.

“Cancer has taken others close to me who have left behind children too young to know where mummy has gone, friends who have said goodbye to parents they were not ready to lose, along with friends who have lost partners and heartrendingly, children. Cancer affects us all now directly or indirectly, Macmillan are always there.”

Further donations to Macmillan Cancer Support and the MS Society can be made by via Tina, Pip and Sarah’s charity donation pages.

"Thank you so much for all your help selling our house and keeping our buyers happy as we finally found our dream house in Stratford upon Avon. It has been a little bit of a rollercoaster ride but we got there in the end."
Emma and Katie