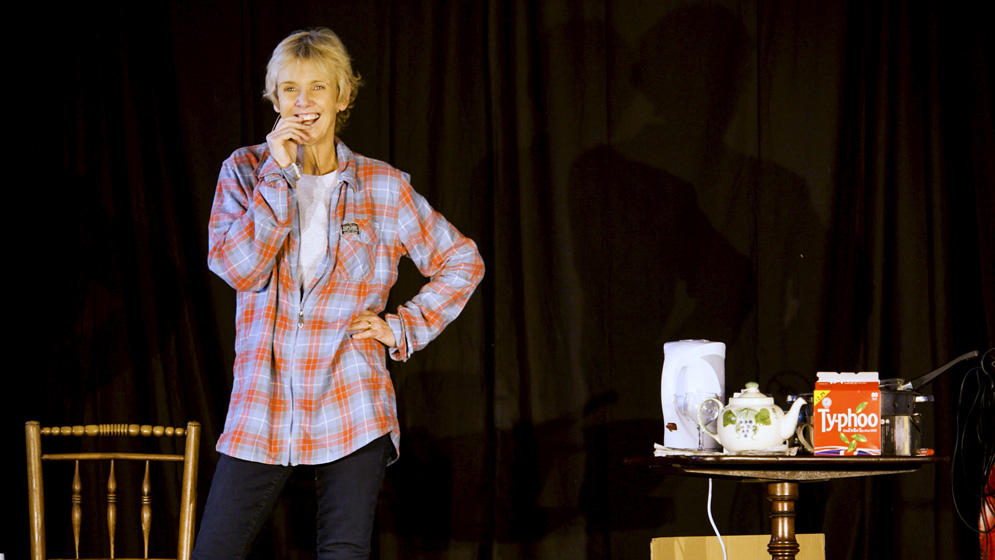 The play is being debuted at Wellesbourne Village Hall on Sunday – and ehB decided to help fund the production because it struck a chord with its director Edward Bromwich.

“A play about the ups and downs of moving to a new house sounds great fun. And when Ginny told us our sponsorship would fund the character of ‘Husband’, who is the vendor, it sounded a perfect fit,” he explained.

Ginny, who plays all nine parts in the play explained: “Husband is the only one with any sense and he is a willing traveller to the supermarket when it is teeming with rain, which is more than can be said for many husbands.”

UpDownSizing is the latest in a series of stand alone comedies Ginny has written about a woman, Ruth Rich, and her family – one of which was a total sell-out at the Edinburgh Fringe Festival.

Her writing style and observation have been likened to that of Alan Bennett, no less.

"Just a quick note to say a big thank you for all your hard work diligence & understanding to help the sale go through so quickly."
Tom & Jennifer