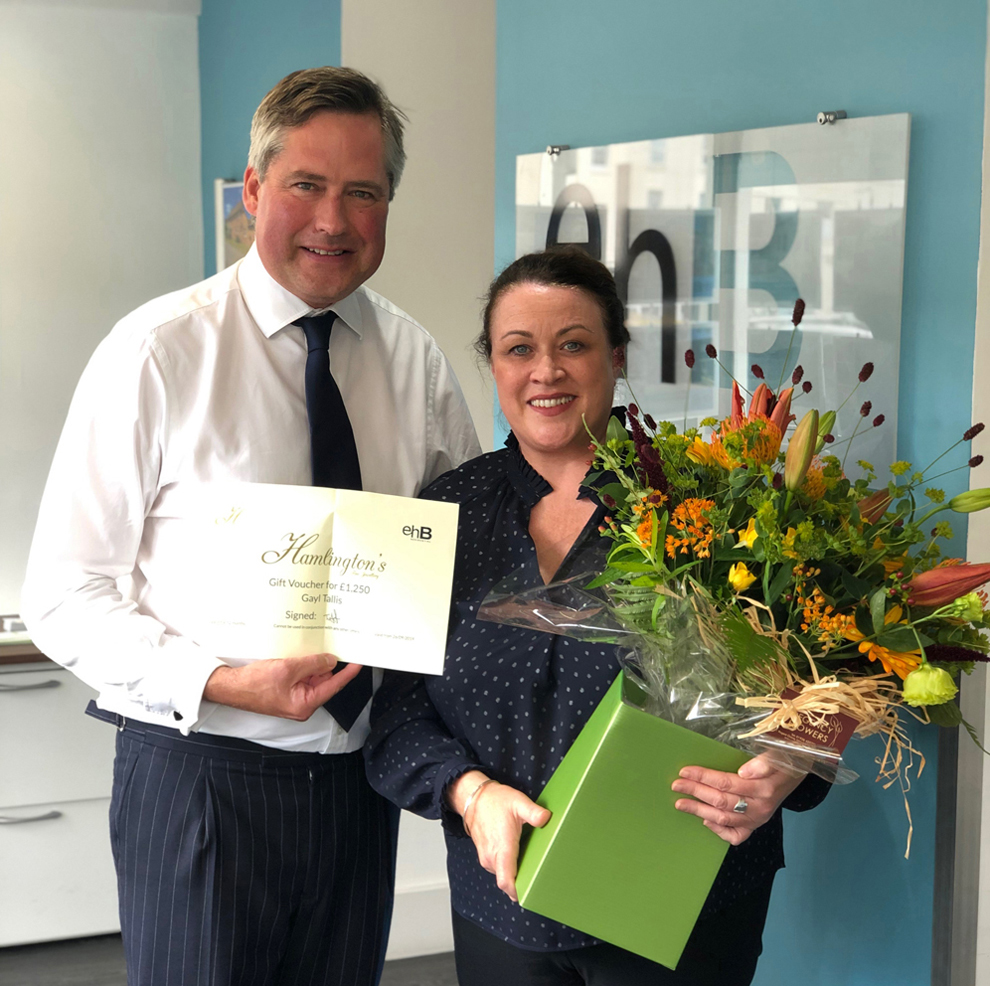 The longest serving member of staff at Leamington estate agency ehB Residential has been thanked for her enthusiasm and dedication over the past 20 years.

Gayl Tallis was presented with a £1,250 jewellery voucher from Hamlingtons Fine Jewellers of Warwick and an impressive bouquet by MD Edward Bromwich at a surprise celebration in the office this week.

Gayl, who began working at the agency as a receptionist in its previous incarnation, Peter Bromwich and Co, run by Edward’s father, says the gift was completely unexpected.

“I was really shocked! It was so kind. It genuinely doesn’t seem as if I’ve been here for 20 years,” explained Gayl. “I love my job. I couldn’t think of anywhere I’d rather work. The people here are such great guys and we all support each other. Edward is so kind and considerate. He’s a great boss.”

Gayl says it’s the relationships they have with customers and respect for tenants and which makes the agency stand out from other lettings companies.

“We have so many recommendations and repeat business. We treat tenants with respect and dignity and they sometimes come in to say it’s been a pleasure dealing with us. People are always welcome to drop in and, however busy we are, we will stop whatever we’re doing to talk to them. I think that’s what makes us stand out – our human touch.

“We always keep up to date with the latest legislation and Edward encourages us to go on courses and attend conferences and seminars so we can offer the best service on a professional as well as a personal level.”

When she’s picked herself off the floor from the shock Gayl says she will spend her jewellery voucher on something which will remind her of how happy she is working with such a great team.

“I’ve never been given anything so nice,” she said.

ehB guiding you through the property jungle

How to get the best deal on your mortgage

Feel like your sale is going round in circles?

We have a stable of thoroughbred staff