There wasn’t a dry eye in the ‘house’ when an awards ceremony was held for Year Six leavers at a Leamington Primary School. 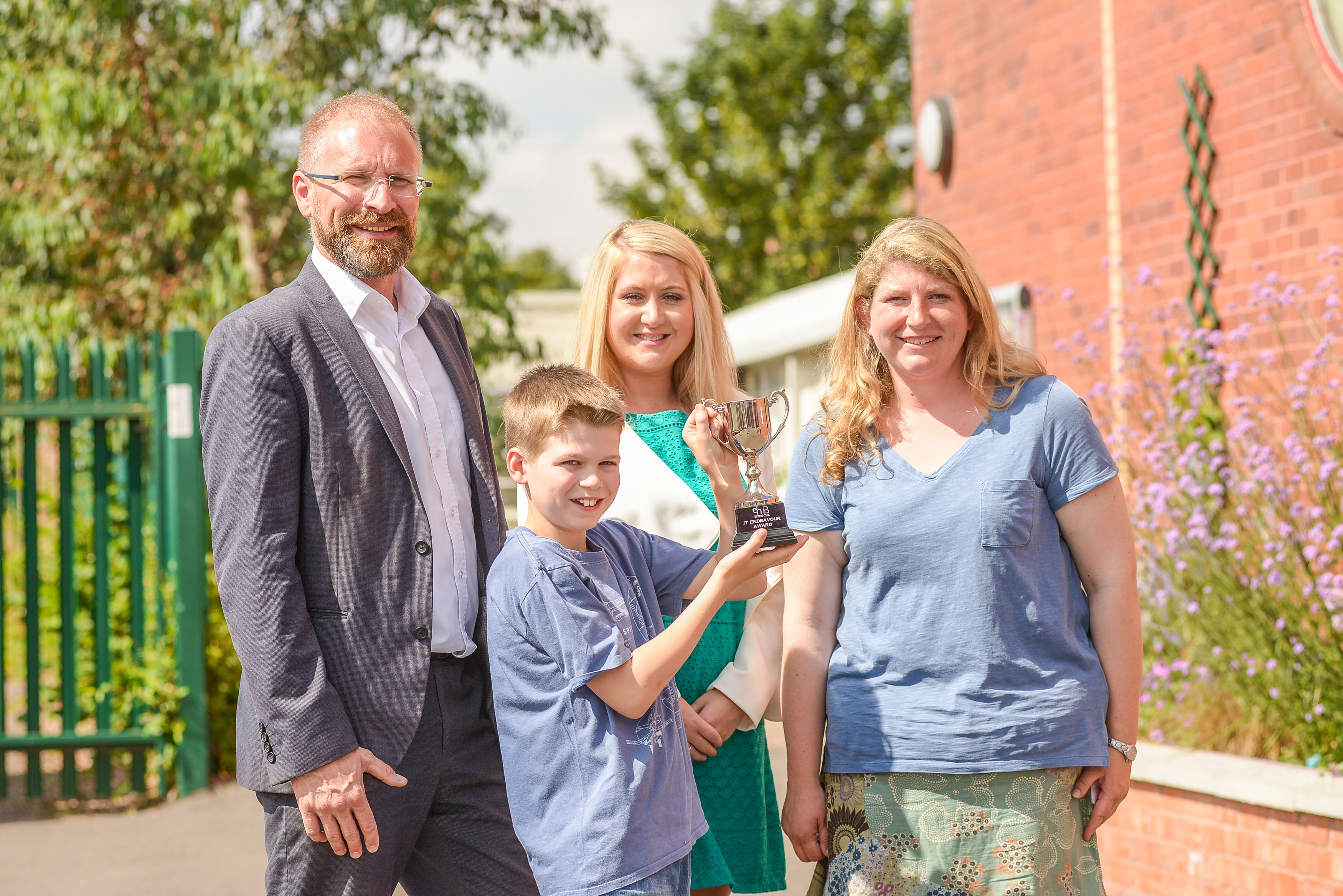 Milverton Primary School, in Greatheed Road, held a special assembly for pupils who will be making the next step onto secondary school in September, which celebrated the year group’s successes and awarded top achievers for their hard work during their time at the school.

The accolade, which celebrates pupils’ excellence in computing, is awarded each year and is dedicated to the property business after it sponsored the refurbishment of the school’s computer suite in 2014.

ehB Residential donated £1,000 which helped to fund the cost of 30 new computers, allowing classes to work individually with their own laptop each session.

Josh was handed the award after showing creative flare when using Google Sketchup software - a programme which pupils use to create three dimensional pictures of objects and buildings and is taught as part of the computing curriculum.

Combining computing with the school’s history lessons, pupils used the software to create an Anderson Shelter, which was an air raid shelter used during World War II. Josh not only completed his design but also went the extra mile by including views of the shelter from above and below ground, complete with attacking planes.

Rachel Cooper, lettings negotiator at ehB Residential, said: “ehB Residential has been based in Leamington Spa for more than 25 years, which means our interests are rooted firmly in the town.

“As part of this we’re dedicated to investing in Leamington, particularly the next generation – which was why we donated funds for new IT facilities as we believe it is vital for children to gain computer skills which also equip them with transferable skills which will apply to the workplace."

“We are delighted to have left a legacy at Milverton and we’re only too happy to honour Josh with the second ehB Residential IT Endeavour Award, which not only recognised his impressive computer skills, but also his dedication to learning.”

Sarah Simon, a representative for the PTA, said: “ehB Residential has long been a major supporter of Milverton Primary School and so naming one of the school’s awards after them has been a fitting tribute to the significant legacy they have left on pupils.

“Josh was selected as Milverton Primary’s winner of the IT Endeavour Award for his amazing computer skills, especially using Google Sketchup, which he used to create an impressive Anderson Shelter which was visible above and below ground, complete with attacking planes."

“His work was incredibly well thought out and he demonstrated a real passion for the subject which made him an outstanding pupil and the clear winner.”