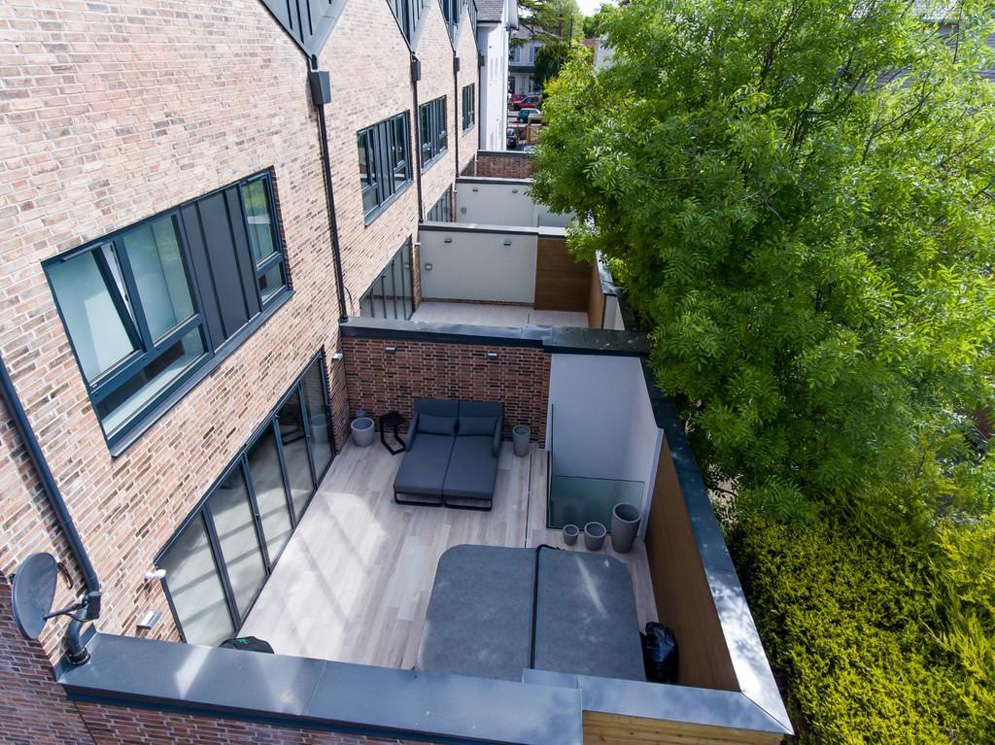 Rightmove’s annual happiness index names Leamington Spa in Warwickshire as the third happiest town in the UK (after St Ives in Cornwall and Skipton in North Yorkshire).

With its community spirit, access to green spaces and host of local amenities it’s not surprising it scored so highly.

Fancy a move here? Well, how about one of these luxury new builds just a hop, a skip and a jump from the Regency town centre.

The three Scandi-style light-filled townhouses at Victoria Court in Kenilworth Road have been created by award winning Warwick developer Space GK. They are within easy walking distance from the town centre, yet hidden away behind one of the grand early 19th century facades which line the town’s wide boulevards..

Each house offers well over 2,500 sq ft of space, plus a double garage and has a bright 33-foot long living dining kitchen which flows, via full width bi-fold doors, into an easy-to-maintain walled balcony garden.

They all have four bedrooms, some of which can be used as studies, two bathrooms and a large media room, along with cloakroom, utility room and double garage with the facility to add an electric car charging point.

One of Space GK’s previous developments, which sold out within four hours of being put on the market, won a coveted award from architectural heritage champions the Leamington Society.